The Bird House Museum of Bridgeport Annual Card Board Show 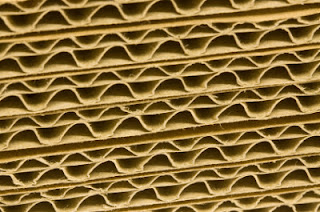 This show consists of art works made by tremendous witty local artists. Challenged to create art work priced under $100 using cardboard. The fun unique pieces will be sold at affordable prices, just in time for the gift giving season.

MUSIC & REFRESHMENTSExtended Hours: SUNDAY, December 16th 1pm-8pm
We encourage those attending to use public transportation as parking is limited.

Works will be accepted December 12th & 13th from Noon-8pm

30-some odd years in the making...
You are coordially invited to the CD Release Show for
"The Cunts Anthology 1978-2007"

The Cunts & Udo Hartung will be performing & the artwork of Antonio Martinez will there for your visual stimulation. 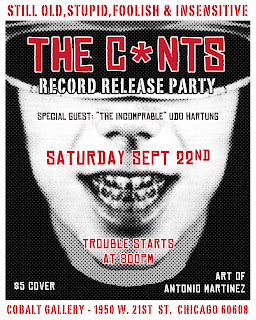 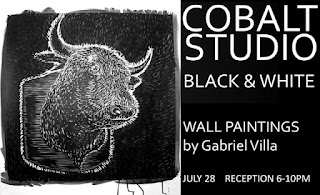 Black and White, an installation of wall paintings influenced by street art and a selection of graphic works by Gabriel Villa. Villa continues to explore new found imagery while new influences continues to appear in his persistently evolving multifaceted work. Villa’s iconographic works wrestle with issues of poverty, disparities of empowerment, and the social surveillance of a highly policed city.


For more information on the artist visit:
http://gabrielvilla.net
Posted by Cobalt Artist No comments: 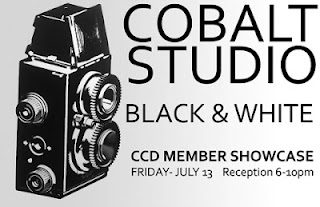 We are happy to host the first Members Showcase of the Chicago Community Darkroom at Cobalt Studio. Come share the night with us and see some of the silver gelatin prints created at CCD by some of today's photographers who choose grain over pixels. Each of the featured artist will be displaying works that range from street photography, landscape, portraits, architecture and more.

CCD is Chicago's only community darkroom that is dedicated to keeping traditional film processing and printing available to photographers of all skill levels. For more information please visit www.chicagocommunitydarkroom.org. 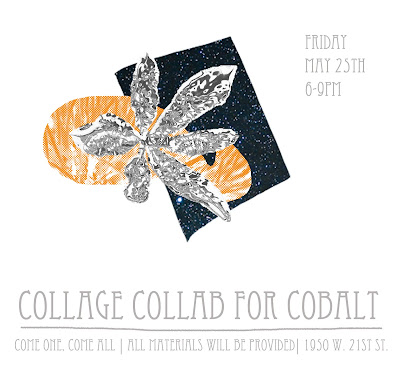 Cobalt Studio needs your help to keep our doors open. We'd like to keep things Going, Growing and Evolving at Cobalt with shows and events that engage and stimulate the Pilsen community. The theme for the night will be on Collaboration & Collage works paper.

Artists:Contact us if you'd like to make a donation of artwork for the raffle or in any other way!cobaltartstudio@gmail.com Deadline to submit is 5/18/12

In our continued support of Proyecto Latina and in celebration of Poetry month we will host a special PL event this month!

Along with the regularly scheduled open mic poetry you are invited to chime-in on the collaborative poem that will be created in response to the work of Proyecto Latina's featured artist Victoria Martinez, who is currently exhibiting at Cobalt Studio.

Excited to integrate poetry into her work, Victoria is providing pieces of cloth for this activity that will be pieced together to create an exquisite corpse

Other Side Breathing: New works by Victoria Martinez 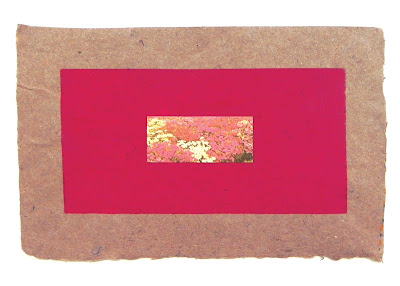 Other Side Breathing will present a body of work inspired by various sites around Pilsen. They include alleyways, the abandoned mini mall on Cermak, the late La Unica taco shack, a flower shop and convenient stores. Upon the completion of exhibit, installations will be planted at designated sites and left to rest, live or disappear.
Other Side Breathing: New works by Victoria Martinez
Soft sculpture/Installation/Collage work by Victoria Martinez, April 2012
Reception
Friday, April 13th
6pm-9pm
Cobalt Studio
1950 W. 21st St.
Storefront
Chicago, IL
My artwork explores the ephemeral, I am drawn to memories and events I cannot completely comprehend. Through soft sculpture installation and collage I assemble nostalgic, festive and curious work utilizing materials that are given to me, found or purchased at local stores, depending on my location. The key factor that activates my work are the sensations received from the past be it death, passion, innocence or mystery.
Victoria Martinez is an interdisciplinary artist from Pilsen who received her BFA from the Minneapolis College of Art and Design. She is also a teaching artist who will be collaborating with youth from Yollocalli Arts Reach to create a soft sculpture installation to be exhibited at The Center for Advanced Hindsight at Duke University this summer.
Posted by A Baltazar No comments:

Cobalt Studio proudly hosts again....
Proyecto Latina Reading Series/ Featuring Kristiana Rae Colón. She is a poet, playwright, actor, and educator living and working in Chicago. Kristiana will be doing a mixture of poetry, hip-hop, and monologues. Remember to arrive early to sign up for the open mic and remember the Chisme Box is ready to be fed


Kristiana has served as an adjunct English and Humanities professor at Chicago State University, Malcolm X College, and Tribeca Flashpoint Academy. She is proud to have been nominated for a 2011 Pushcart Prize for her poem “severance” in Organs of Vision and Speech, as well as see her work anthologized in Dzanc Books’ Best of the Web 2010 and Haven Books’ Not a Muse collection. Kristiana’s work is also featured in Saul Williams’ anthology, Chorus: A Literary (Re)Mixtape, released by MTV Publishing in Summer 2012. Other recent publications include Pank, African American Review, Diverse Voices Quarterly, and the Logan Square Literary Review, among several other online and print journals. Kristiana is also an Assistant Editor for Muzzle, an online literary magazine.
Kristiana is an Artistic Associate at Teatro Luna, Chicago’s all-Latina theater company. She acts in its touring cast and is a member of the writing ensemble for original devised work. She appeared in Teatro Luna’s season 11 production of Crossed: How One Trip to Arizona Flipped Our Script and played a key role in the writing and development of play. In Fall 2011, Kristiana also appeared in Coya Paz’s production of The Americans, which debuted as the inaugural performance of the Logan Square Arts Center.
Posted by A Baltazar No comments: 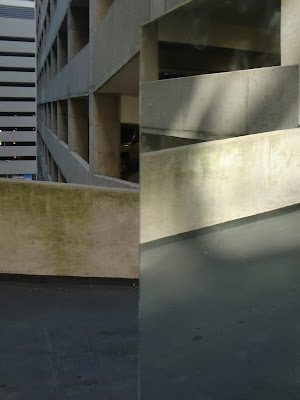 The Mayan temple of Chichen Itza in Mexico is one of the examples of ancient constructions which strove to render a perceptive experience. During the spring and the autumn solstice, the sun casts a form of a serpent on the steps leading to the top of the pyramid. Mathematics and engineering serve the religious purpose of provoking awe.
21st century Chicago, a widely-spread urban architecture of parking lots also
becomes a field of experimentations with perception. The Traders Self Park on Wells
Street, facing the Willis Tower, is composed of two identical buildings linked on the
4th floor by a bridge.

The particular location offers, not the view of the landmark
tower but a construction site that marks the end of the Loop. It is scaled, not to
human but to vehicles, an uninhabited space whose function is only at the service
of technology. It epitomizes the metropolis culture that has developed since the
urbanization imposing a structural similitude between major cities.

The locations or sites, whether actual or imaginative offer parallel constructions
which distort a former view of the space. I either borrow the architectural
vocabulary or create an incision into the space of what is balanced, ordered,
constructed by subverting objects such as tires or mirrors.


My concern for rational, scientific questionings, rendered physical through art
forms may relate to the fact that having no homeland, drifting between Thailand,
England, France and now the United States of America, I seek not diversity but
unity that holds Mankind, a common drive of humanity. In the mental construction
of geometrical space, Man appropriates it for himself and takes profit to build
spaces for his own purposes. At the same time, vehicles, from cars to trains are the
expression of a profound desire to breach the distance in a territory that do not
match his scale. They say that the 20th century has been about the conquest of space
and the 21st century concerns itself with time. 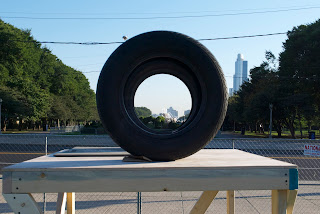 Join us for a conversation with diabetes activist Christina Elizabeth Rodriguez. Guests are encouraged you to bring any diabetes themed stories, poems, essays and share your story during the open mic or simply come to connect and learn from Christina’s inspiring story of how she combats diabetes.
Proyecto Latino Reading Series – Free
Monday, February 20, 7PM - 9PM
Cobalt Studio
1950 West 21st Street – Storefront
Chicago, IL 60608
CTA: Damen Pink Line Stop / #50 Damen Bus
Arrive early to sign up for the open mic and remember the Chisme Box is ready to be fed!
Christina Elizabeth Rodriguez is the editorial director at Extra Bilingual Newspaper and has been living with Type 1 diabetes for the past 20 years of her life. Developing a need to educate her peers and those around her about the long-lasting and lethal effects of unhealthy living especially within the Latino community, Christina started blogging for ChicagoNOW on her blog titled Check Yo’ Self, which delves into the complications, nutritional insight, stresses and successes of living with diabetes. In addition, she is also the Communications and Social Media committee chair for the American Diabetes Association Young Professional’s Board. Christina has been a featured guest on Poco A Poco radio as a diabetes activist, is a monthly guest blogger for Latinos in Social Media’s Salud Saturdays and also talks to high school health classes when asked. To get more of her musings and diabetes insights, follow her on Twitter at @kiki416 and @kikisbetes.
Proyecto Latina is a multi-media project that amplifies the success and impact of Latinas in our community. Our initiatives include a reading series and a website that allow us to: create a culture of self-empowerment, spotlight emerging and established Latina talent, create safe spaces in under served communities, and provide a virtual platform to chronicle stories, share resources and start dialogue.
Posted by A Baltazar No comments: 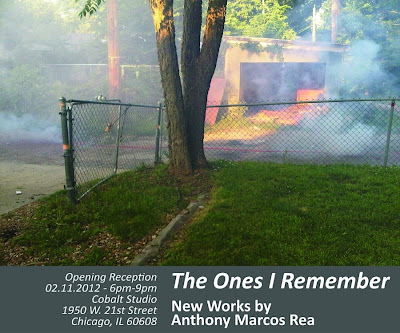 __We are proud to once again host Proyecto Latina __